Promoting culture and community through the power of the people.

Investing in your city’s future development is a rare opportunity.

As Southampton bids to become UK City of Culture 2025, Stride Treglown want to help industry colleagues and the local community support the campaign—and shape the city’s future—by sharing their Big Ideas for Southampton.

So, last Thursday they closed out the Southampton leg of the #ClimateActionRelay by teaming up with BECG to host a ‘Grey to Green’ walk around the city.

Led by Associate Architect, Philippa Klaschka, and Senior Landscape Architect, Hannah Glanvill, the goal was to spark discussions around Southampton’s urban environment—and how it can contribute to better wellness, increased biodiversity, and a thriving, inclusive culture. 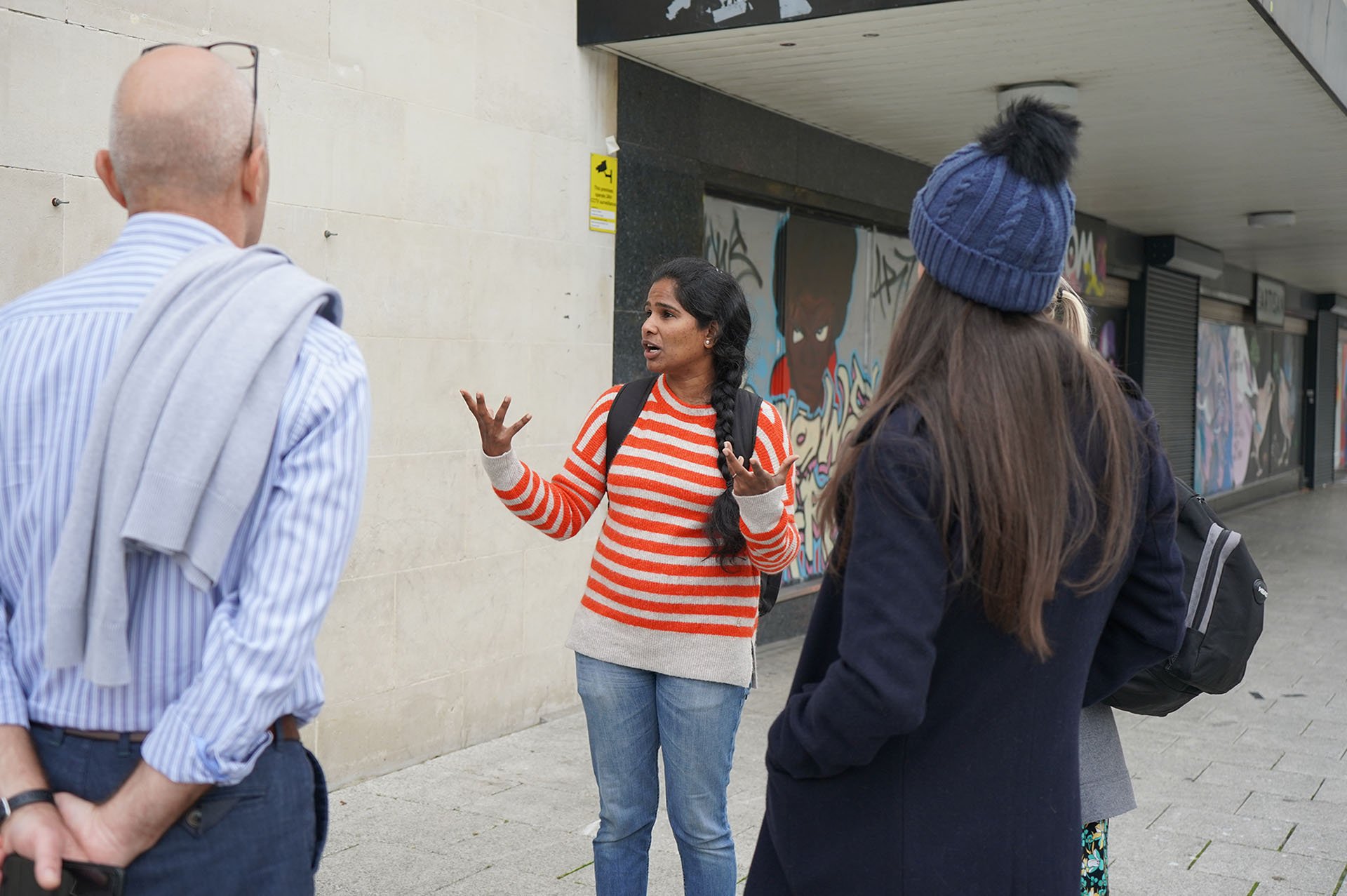 They were joined on the walk by Zoie Golding, artistic director of ZoieLogic, an urban dance company that challenges perceptions of dance; from who it’s for, to where and how it’s shown.

Zoie’s work is about breaking down cultural barriers, and, as a born and bred Sotonian, her deep understanding of Southampton’s culture offered incredible insight into how our urban spaces can do the same.

Walking around with Zoie, it was clear that supporting Southampton’s cultural bid isn’t just about industry engagement. It’s about connecting the people who work on the built environment with the people who use it, so everyone feels invited to contribute.

As they toured the city, they discussed how they can use grey to green activations to create a diversity of spaces that appeal to different people with different needs.

Guildhall Square for example, where Zoie hosted the Grid Experience, is the heart of Southampton’s cultural quarter. It’s a flexible space that’s used for events, but not everyone feels comfortable there. It’s open. It’s hard. It’s busy. But, what if we introduced smaller, more intimate spaces, with softer edges and welcoming landscaping? Could we help more people feel comfortable?

Over at the Mayflower Quarter, which is a few years from realizing its new masterplan and development vision, they talked about opportunities for temporary activations. For example, could the derelict Toys R Us car park become an urban garden, or community allotments, while the development comes to life?

These were just a couple of examples that came up during the walk, but hopefully, they encourage us to consider ways of creating more inclusive spaces for culture to thrive.

In the same way Zoie’s choreography is about story and narrative, Southampton’s bid for UK City of Culture is too. But, to get it right, it’s important to hear what people want, what’s missing—and understand how it’s all connected.

Fortunately, it’s already well-known that Southampton is a city of connections. A maritime city, a destination, and home to people from more than 50 countries. Irrespective of the outcome of the bid, there is an opportunity to build on that culture, establishing a bold identity where everyone feels pride and ownership—while bringing social and economic benefits too.

And that’s where you step in.

To truly understand the barriers people face in our urban environment—and what can be done to help the city thrive—Stride Treglown want to hear your ideas for a more sustainable and socially connected Southampton.

Inspired by 52 Big Ideas for Bristol, which was a collection of ideas from Stride Treglown staff, Big Ideas for Southampton is about inviting all local people to contribute. Whether you’re a five-year-old school kid, a 90-year-old getting on the bus, or anyone in-between, they want to help inspire and spread the community’s ideas. Because everyone’s opinion is valid. 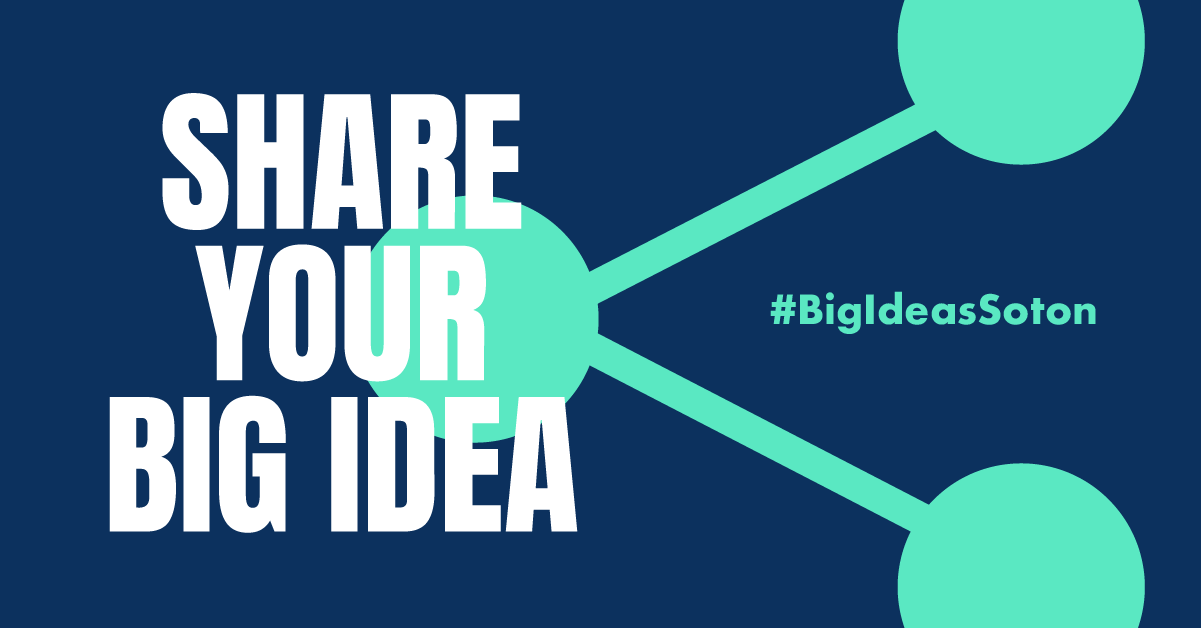 If you’ve got a great idea for Southampton, Stride Treglown and BECG want to hear it!

Whether it’s fun, clever, ambitious, simple, or ground-breaking, share your ideas that help merge culture and places across our city.

They could be on a large scale to drive change—or they could be smaller, designed to bring a smile to people’s faces. No matter the size, they’re looking for ideas to enhance Southampton’s community spirit.

To get involved, share your idea in 100 words or less, and if you have a picture (drawing, photo, diagram, artwork) that helps explain it, they’d love to see that too.

Just head over to Big Ideas for Southampton to submit, and follow on social media with #BigIdeasSoton.

Head over to Southampton 2025 to get behind SO25 and help connect the city with a brighter future. You can also follow on social media, using the hashtags #SO25, #MakeitSO, and #OurSouthampton to help spread the word.

Where next for the Relay?

This week the Climate Action Relay is in Stride Treglown’s Birmingham and Manchester offices, where they’re learning how Zero Carbon homes can surpass government expectations, and listening to the Costing the Earth podcast.

All events are free, so join in, take action, and spread the word. Visit the full programme and follow live on Instagram, Twitter, and LinkedIn: #ClimateActionRelay.