7 steps to inspiring climate action through art, design, and architecture.

With COP26 firmly on the horizon, we want to better understand how designers can influence behaviour and provoke positive change in the face of the climate crisis.

Throughout his career, Rob Delius, Head of Sustainability at Stride Treglown, has pioneered environmental design across residential and mixed-use developments—while leading numerous initiatives to promote sustainability and raising awareness of the climate crisis.

Despite the urgency, Rob believes there’s still hope—but we need to inspire policy change from the top. From his experience, ​​designers are often too modest, doing things in keeping with the status quo. But there are seven bold principles we can follow to provoke positive change.

Function, form, policy, profit. There’s always a myriad of motivators behind a building’s design, from the architect’s intent and the client’s desires, to the local context and governing policies. But how often do we truly design for impact—whether that’s to maximize social value, or minimize environmental impact?

At Great Bow Yard in Langport, Stride Treglown’s client had a vision to encourage people to think differently about sustainability in everyday life. This was all the way back in 2006. But they knew if they were going to capture people’s imagination—and change perceptions of low-energy housing—they needed a bold design concept.

With passive solar designs and highly insulated timber frames, the homes at Great Bow Yard got huge local media coverage, making us think differently about how we design our housing stock for the future. All because the client stuck to their vision of positive impact from the outset.

Provocations don’t have to be permanent. Small, temporary ideas can spark change, even if the results aren’t immediate.

As part of Therapeutic City—a festival led by Rob and Architecture Is that explored why health and wellbeing are essential to good placemaking—Bath celebrated Car Free Day in 2019 by closing Milsom Street to traffic.

Being one of Bath’s busiest shopping streets, local businesses were initially nervous about losing parking outside their shops. But over the weekend, the pedestrian turnout was so high—and the atmosphere so vibrant—that steps have already been taken to remove traffic from Milsom Street permanently.

Elsewhere, Stride Treglown’s Truro office used the power of temporary provocations to encourage less single-use plastic at the beach. They designed a water refill station inspired by the local geology—creating a message about the landscape, and the small actions we can take to preserve it. 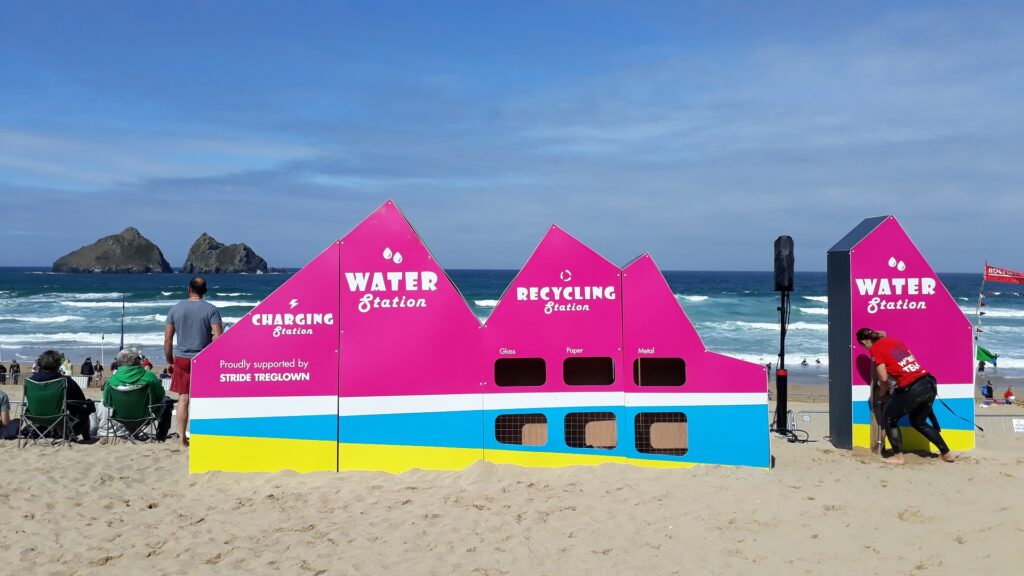 Don’t Wait to be Asked

Back in 2018, Bristol’s tall building debate was hotting up, with Urban Living Policy consultations proving the mixed response across the city.

Stride Treglown’s view was that tall buildings could be an important weapon in Bristol’s urban design arsenal, as long as they have an intelligent mix of uses—like live/work units, retail space, and community space—to act as a catalyst for socially and environmentally progressive placemaking.

Years before this, Stride Treglown had put forward a proposal for a high-density development on the gateway to Temple Meads, seeing it as an opportunity to create a sustainable showcase building—and a great first impression for visitors to the city.

While nothing came from that proposal (yet), it helped progress the conversation around the merits of building tall—and why they should put people and the planet ahead of profit.

Sometimes just putting your ideas out into the world is enough to inspire action.

To keep the positive momentum going after Bristol’s year as Green Capital of Europe, Stride Treglown published 52 Big Ideas for Bristol, a collection of ideas to make the city more sustainable, while bringing communities together.

The intention was to hand these ideas over to the people—and if anybody was interested, let them take the initiative forward.

Some of the ideas took off, like Bristol Colour Capital, which started a conversation about the power of colour as Bristol’s identity, and is now led by photographer Jess Siggers. Others were more controversial, like installing a cable car across the city to reduce congestion—but got people talking about better traffic solutions for our cities.

The reaction to 52 Big Ideas for Bristol has since sparked the Big Ideas Southampton initiative, which you can find out more about on 7th October as part of the Climate Action Relay. 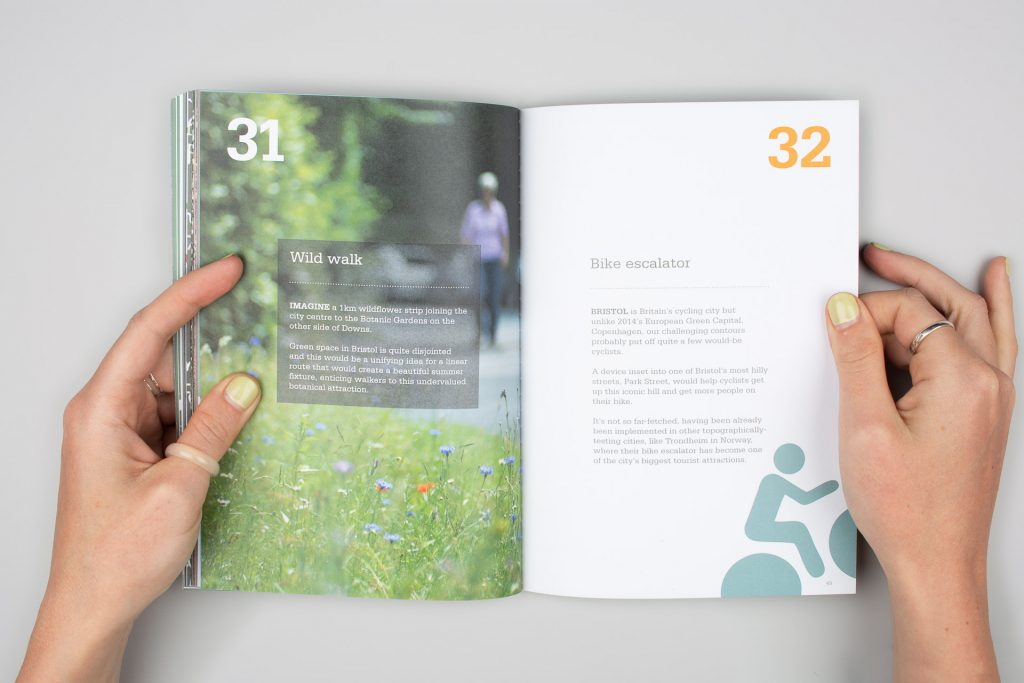 Sometimes the reaction to a positive provocation isn’t quite what you expected.

After learning that the Clifton Observatory used to be a windmill, Stride Treglown were fascinated by the idea of such an iconic structure being so functional. Inspired, the practice explored the potential of a wind turbine—with a viewing platform and educational visitor centre—on the nearby Downs.

Rob approached Ecotricity, whose wind tests showed it was a perfect location, but Council opinion was divided. With some quarters being so vocal against the idea, it ended up in the press. But surprisingly, a newspaper poll for those for and against the idea came back as a 50/50 split—despite the outrage-inducing headlines.

Perhaps it was too early an idea, just before Bristol became Green Capital, but it got people talking about where our energy comes from, and how we can imagine a positive future for the city.

As architects, it’s not often you get to design your own office. But when you do, it’s too good an opportunity to not try to lead by example—even if you don’t know how it will play out.

That’s exactly what happened back in 2010, when Stride Treglown set about designing a new office for their Cardiff team. They wanted to push the boundaries of sustainability with a building that minimised energy and waste while providing a healthy, socially connected environment for staff and visitors.

With RIBA’s 2030 Climate Challenge on the horizon—and ten years of energy data and inhabitant feedback at their disposal—they’re now sharing how the building has performed, good and bad, and the challenges the industry may face to hit the RIBA’s targets. Watch this space. 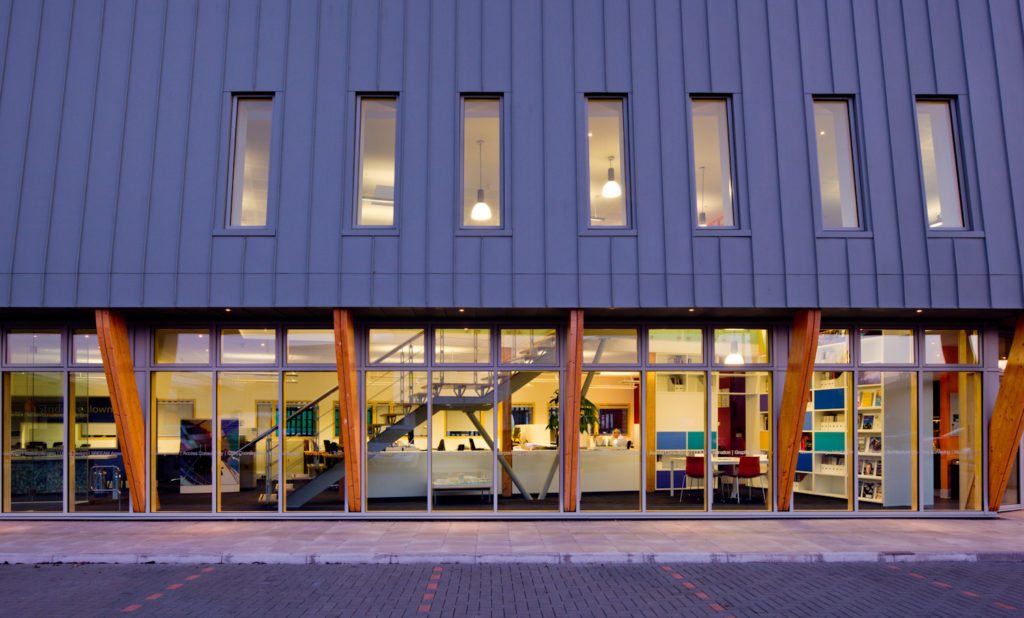 All of these ideas were the result of working with visionary people from different backgrounds, coming together to spark positive change.

While they mostly focused on raising public awareness of the climate crisis, Stride Treglown are now focusing their efforts on attracting the attention of our world leaders at COP26.

This brings us to their next provocation.

Working with Format Engineers, local artist Anne Gillespie and many other local organisations, they’re excited to soon unveil an installation in one of Bath’s most iconic locations. They hope it shows the urgency of the climate crisis, but that with proper action at COP26, there’s still hope for the future.

The installation goes live on the 24th October. Here’s a preview. 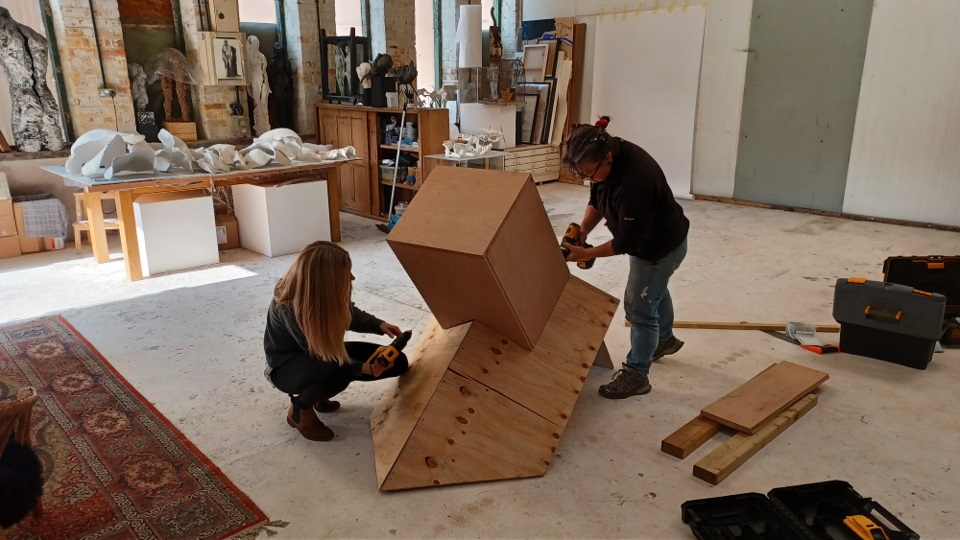 Rob Delius was joined by Stephen Melville, Format Engineers to talk about Designs for Positive Provocation as part the Climate Action Relay. You can catch up with their session here. Be sure to check out the full Climate Action Relay programme and follow live on Instagram, Twitter, and LinkedIn: #ClimateActionRelay. All our events are free, so join in, take action, and spread the word.