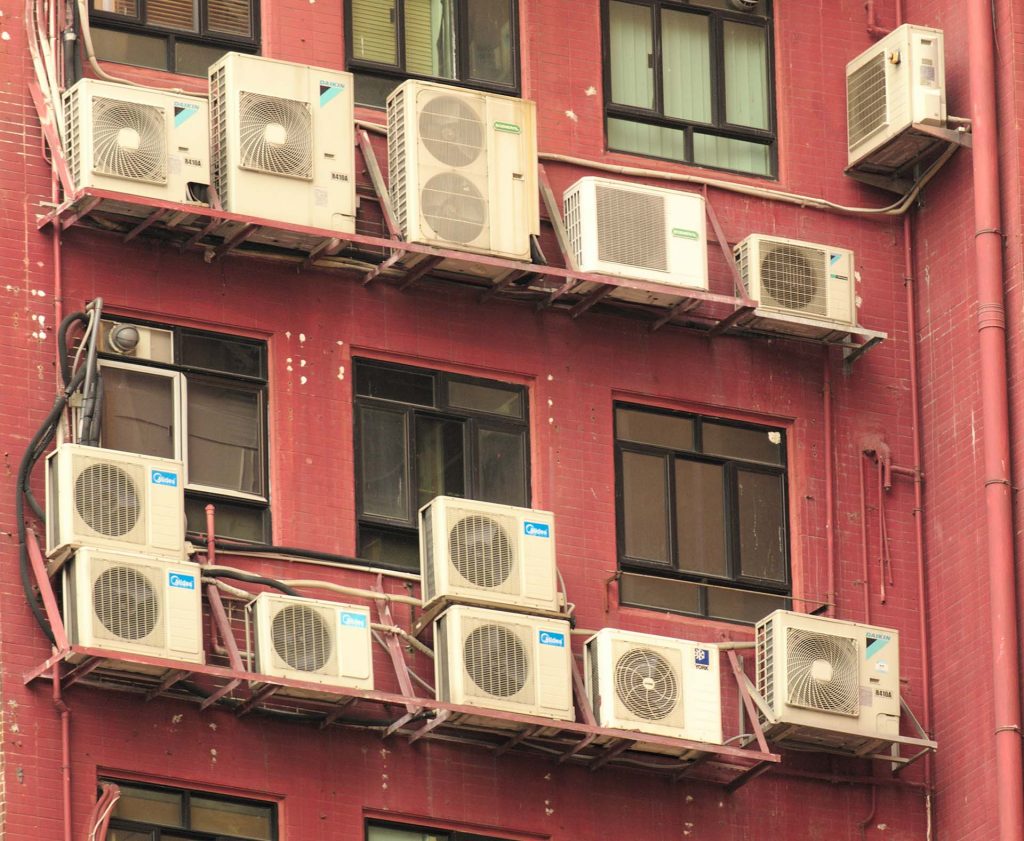 As some places in the world become too hot for humans to live, Tom Heap explores the cost to the environment of air conditioning and looks for alternatives.

We’re listening to Costing the Earth – a podcast series from BBC Radio 4 which presents fresh ideas from the sharpest minds working toward a cleaner, greener planet. Why not join us? Stride Treglown’s team in Manchester has selected five episodes across the week to get you started.

As some places in the world become too hot for humans to live, Tom Heap explores the cost to the environment of air conditioning.

Air conditioning is one of the fastest growing sources of energy consumption, but it’s already placing enormous strains on power grids, while also contributing to climate change. Across the world, building codes are making it virtually impossible to build new offices without it, and are setting “comfort standards” that don’t take account of geography, climate or culture. As a result some of the hottest places in the world, such as Qatar, have buildings that are so cool that workers shiver and have to bring warm clothing to work. Meanwhile poor countries like Sudan have abandoned traditional architecture which allow a degree of natural cooling in favour of modern international building styles that require air conditioning in order to function. Which might be fine, except that the capital has frequent electricity blackouts which turn off the air conditioning and makes buildings unbearably hot.

As more parts of the globe head towards temperature and humidity combinations that would make human life impossible without air conditioning, we are in danger of setting up systems that, should they fail, would have disastrous consequences.

Meanwhile, the more we get used to living in temperatures that rarely change much, the less well equipped are bodies are becoming to deal with big changes when they occur.

Luckily, there are techologies that could help solve some of the problem. It may not be necessary for us to cool and dehumidify the air around us in order to feel cool. Devices that suck radiant heat from us, like a cool sun, could keep us fresh at a fraction of the energy cost. Producer: Jolyon Jenkins

Photo by Chromatograph on Unsplash